By Elizabeth McCarthyPublished On: December 2, 2021

The California Public Utilities Commission voted unanimously to require the three investor-owned utilities to invest in an additional 2,000-3-000 MW of resources over the next two summers—both supply and demand reduction—to prevent outages during intense heatwaves from 4-9 PM.

“The decision is to close gaps in the most extreme events,” Marybel Batjer, CPUC president, said before the vote cast Dec. 2.

The decision adds up to 3,000 MW and negawatts including by bringing homes into the Emergency Load Reduction Programs at Pacific Gas & Electric, Southern California Edison and San Diego Gas & Electric for the first time. Participants will be paid $2 per kilowatt-hour saved. Low-income and disadvantaged homes are automatically opted in.

Participants are not allowed to reduce their demand from the grid, then make up the electricity with diesel generators and collect the incentive.

The decision provides a lot of flexibility for energy storage to feed power into the grid during grid emergencies. Providers of stored power have long argued they could provide far more relief at key hours if it weren’t for bureaucratic California rules that impede their access to the grid’s market.

The decision allows part of a larger project to be brought online and compensated when providing needed power in place of requiring the entire project to be operational and deliverable, said Jin Noh, CESA policy director.

This allows storage owners to hit go when needed.

Based on conversations with some developers, at least 100 MW of storage could come online as a result of the change, Noh said.

In place of standard compensation, developers will be paid $2,000 per MWh, when helping during grid emergencies, if they have a contract with a utility.

The decision also authorizes pilot projects that tap into vehicle-to-grid and energy storage technologies that shift energy use away from times of high stress on the grid. It expands the state Flex Alert program calling for residential conservation and pays for energy that people free up by cutting back.

“We are cautiously optimistic,” Noh said.

The decision also provides $22.5 million to install 300,000 smart thermostats, at $75 apiece, to allow the dialing down of air conditions in hot climate zones, including the Central Valley, and Inland areas of Southern California and the parts of the Bay Area with triple-digit summer temperatures. 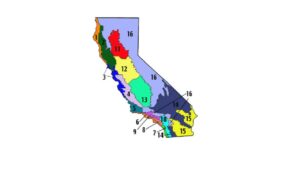 In addition, the new decision okays SCE’s three-year pilot with the software and consulting company TeMix Inc. The project employs electricity rates that shift with demand, falling during times of plenty and rising as peak demand climbs, to drive power use to times other than high demand.

The two-way software can communicate with the grid, sending the message to charge EVs and batteries and other controllable load or feed power back to the grid during emergencies or anytime that utility rules permit, said Ed Cazalet, TeMix CEO and founder. The pilot expands on a smaller one the company did with SCE, funded by the CPUC, he said. It will include all kinds of users, residential, commercial and industrial.

TeMix also got the green light for a three-year pilot it is doing with PG&E and Valley Clean Energy that uses its software to shift water pumping by Central Valley farms to times of low energy demand.

According to Commissioner Darcie Houck, the pumping represents 16% of the area’s demand for electricity.

One thing left unclear was what percentage of the new resource called for in the decision will actually be new. The three utilities are expected to apply the 1,000 MW of procurement they’ve already lined up, Batjer said.