More Gas to be Stored Under Pressure at Aliso Canyon Field

By Elizabeth McCarthyPublished On: November 4, 2021

The California Public Utilities Commission voted to increase the amount of natural gas Southern California Gas keeps underground at its Aliso Canyon storage field in Los Angeles County by 7 billion cubic feet. On a 4-0 vote cast Nov. 4, regulators approved raising storage levels from 34 Bcf to 41.6 Bcf for up to one year, which is about 60% of allowable capacity, to assure power reliability during the winter and to tamp down rising gas prices for residential and other customers.

Numerous residents harmed by a major well blowout at Aliso Canyon beginning in October 2015 protested the change. They urged regulators to shut the field down as soon as possible.

“This is not a decision I hoped or planned for, but it is one we must take,” Commissioner Martha Guzman Aceves said, acting in her role as the proceeding’s assigned member. She pointed to the drought and the resulting loss of hydropower, along with increasing extreme weather events in summer and possibly winter. Just under half the electricity in California is generated by burning natural gas.

The decision finds the additional stored gas is necessary to fuel power plants in the Los Angeles Basin and to limit the price of gas imports–the costs of which have been soaring—in the thick of winter.

Another CPUC proposal to increase storage to 63 Bcf got no support.

Commissioner Darcie Houck said increasing storage to 41 Bcf was preferable but neither of  the options “are particularly appealing.”

Alexandra Nagy, Food & Water Watch’s California Director, said the additional 7 Bcf if burned would create nearly 3.85 million metric tons of carbon dioxide. If instead released into the atmosphere, it would be 25 times more powerful over a 100-year period. Nagy called the increase in allowable storage “dangerous and needless.”

She pointed to SoCalGas’ two pipelines that have yet to return to full capacity since being forced offline four years ago, limiting the amount of gas imports. That has led to price spikes and the “gouging of customers,” Nagy told Current.

In 2017, SoCalGas’ Line 235 which runs from Blythe on the border with Arizona to Los Angeles County, ruptured and was taken offline. Subsequently, Line 4000 near Barstow also was shut down because of “integrity problems”. Since then, the lines have been operating at partial capacity. The CPUC is allowing the utility “to slow walk” full pipeline operations and that is unconscionable, Nagy said.

Two days earlier, federal lawmakers called for the permanent closure of Aliso Canyon by 2027. California Senators Dianne Feinstein and Alex Padilla wrote that the CPUC must “outline concrete steps to close this facility while ensuring the reliability of our power grid as we continue the transition to cleaner electricity, heating and cooling.”

The CPUC’s Energy Division estimated that Southern California customers paid about $599 million in excess costs in 2018 due to pipeline outages and Aliso Canyon restrictions, while those in the northern part of the state paid $317 million more in electricity costs.

The CPUC is required by legislation, SB 380, to assess a phase out of the storage field, and until then, to provide a safe and reliable level of storage. 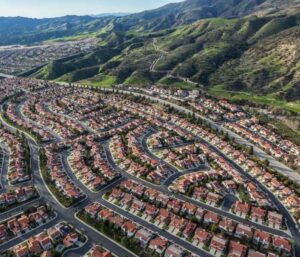 The Aliso Canyon proceeding entails two additional phases that will decide when to close Aliso—2027 or 2035—and how to fill in reliability gaps. These are expected to be completed within a year.

During a Wednesday CPUC workshop addressing the final two phases, new modeling by FTI Consulting found that far less gas than previously forecast will be needed due to a mandate by the CPUC to bring 11.5 GW of clean energy resources online by mid-decade. The consultants said projected gas demand fell from 621 MMcfd/day in 2027 to 395 MMcfd/day, and from 682 MMcfd/day to 323 MMcfd/day in 2035. The modeling with be further modified and released by the end of the year.

SoCalGas’ leaking well released huge amounts of methane, a far more potent greenhouse gas than carbon dioxide from October 2015-February 2016. Many were sickened and hospitalized. There were widespread evacuations of residents in the neighboring Porter Ranch area of Los Angeles.

Although often reported as the largest terrestrial natural gas disaster in U.S. history,  a scientific paper published in the journal PNAS in 2019 says there was another gas infrastructure failure that was even larger. In 2004, an underground storage facility in Moss Bluff, Texas, collapsed and sent 115 kilotons of gas into the atmosphere. That compares to 97 kilotons from Aliso Canyon.

This last September, the utility proposed a $1.8 billion settlement to resolve thousands of lawsuits filed by San Fernando Valley victims of the methane leak.