By Elizabeth McCarthyPublished On: December 14, 2021

California’s decarbonization target is being jeopardized by increasing use of natural gas for generating electricity and heating in buildings, according to a report by the nonprofit Next 10. Making matters worse is that additions of renewably-generated electricity are below what is needed to attain a clean power sector, according to the 13th edition of the California Green Innovation Index released Dec.14.

“Our index shows that natural gas is quickly becoming California’s Achilles’ heel across sectors,” said Patrick Adler, Research Manager at Beacon Economics, lead author of the Next 10 report. “To meet our climate targets, we need to reverse these trends, and quickly.”

Last year, 1.5 gigawatts of natural gas-fired plants were added, exceeding other new power sources in California. That compares to 1.3 GW of new solar in 2020. Regulators insist that increased fossil plants are needed to prevent outages during extreme weather conditions at times of high demand as solar predictable drops with the setting sun.

“If we had made more progress by now and brought on different renewables, we wouldn’t be facing these challenges,” Adler said. Offshore wind development will help balance out variable solar resources, he added.

The state must accelerate the electrification of buildings in particular, said the report.

Adler said natural gas consumption has risen since 2014. Use rose last year for several reasons, including higher use in an improved economy, more demand from HVAC, and more gas-fired plants coming online.

Last year, California barely met its 33% renewable portfolio standard, rising only 1.3% to reach 33.1%. To reach the mandated 50% renewable mandate by 2026, generation from renewables must more than double to 2.8% per year.

Also key to slashing emissions in the electricity sector is getting rid of coal power imports from the Southwest. These made up about 17% of the generation in 2020, Next 10 found.

Further contributing to rising greenhouse gas emissions were un-combusted natural gas and flared gas from fuel production released into the atmosphere. In 2019, Next 10 estimated 9.6 million metric tons of CO2 equivalent were released from this sector, up from 9.5 MMTCO2e in 2018. 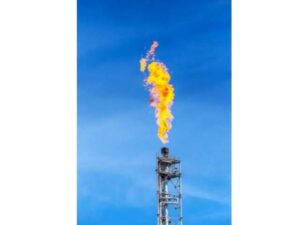 The report did not cover rising emissions from increased diesel backup generation because that was largely outside the report’s timeframe, Colleen Kredell with Next 10 said. It focused on emission levels reported in 2019, the most recent year, and 2020 emission data from the generating sector.

Not enough new electric cars are being bought to meet the state target of 1.5 million EVs by 2025 to reduce transportation emissions, the state’s largest source. There has been an impressive 16.9% yearly increase, but an 18% annual increase in light-duty EVs is needed, Next 10 said.

Making matters worse is that emissions from off-road vehicles, largely at oil drilling sites and industrial plants, rose in 2019 by 3.5%.

There is some good news, however. The largest source of transportation emissions and toxic pollution dropped in 2019 by 7.5%. The decrease in heavy-duty diesel truck pollutants was attributed to the California Air Resources Board’s efforts to clean up the industry, by helping fleets and drivers trade in for more efficient vehicles. This is the second year big truck emissions have fallen.

In 2019, that resulted in the total share of pollution for on-road vehicles not being as high. They were 69.1% of transportation emissions, still exceeding 67.9% in 2018.

Another bright spot is the number of clean energy jobs. There were 124,817 jobs in the solar energy sector alone for 2019, representing one-third of all solar employment nationally. There are 22,890 employees at fossil fuel power plants in California. The wind energy industry employs 6,272 workers, with that number expected to rise with offshore wind developments.

But the bottom line is that between now and 2030, California must cut emissions by 4.3% each year in order to get them 40% below 1990 levels as the law requires, F. Noel Perry, founder of Next 10, told Current. Annual reductions are now only at 1.6%, he noted.

“It is going to take all solutions and a rapid scaling of them to get there,” Kredell added.