By Elizabeth McCarthyPublished On: September 23, 2021

In what could be a meaningful coincidence, the California grid operator approved costly reliability ‘must run’ contracts Sept 23 on the same day that a Federal Energy Regulatory Commission member blamed the massive February outage in Texas on the lack of resource adequacy to help protect the grid.

The California Independent System Operator enters into annual reliability ‘must run’ contracts when energy providers fail to sign resource adequacy contracts with owners of generating plants deemed necessary for local or system reliability. The agreements keep the plants from being mothballed as do RMR contracts.

The CAISO Board conditionally approved contracts for 469 MW to ensure local and system reliability for 2022, predominantly in Pacific Gas & Electric territory. The tentative 5-0 vote cast Thursday is to give utilities and other energy providers a few more days to enter into less pricey resource adequacy deals for any of the underlying five plants deemed critical to grid stability.

If resource adequacy agreements for the extra power are not reached by the end of this month, the CAISO board will approve the reliability ‘must run’ contracts in November.

RMR contracts are “a symptom of the problem of resource adequacy,” Elliott Mainzer, CAISO president and chief executive officer, said.

The 2022 agreements approved Thursday are for 110 MW from two units at Dynegy’s Oakland power plant and 49 MW from Starwood Greenleaf cogeneration plant in the Sierra region to ensure local reliability. The other three contracts are for system reliability from the 345 MW at the Midway Sunset cogeneration plant in Kern County, 34.5 MW from the Kingsburg Cogen in Fresno County and 27.5 MW from Channel Islands Power.

At this week’s board meeting, grid operator staff pointed to the recent resource adequacy agreement with an unnamed community energy entity for the 28 MW Agnews Power Plant in San Jose. In July, the plant, also known as OLS Energy-Agnews, had been included in the list of RMR contracts for 2022.

A Calpine representative applauded the RA agreement but told the grid operator board it wouldn’t guarantee the plant keeps running after next year. Even though it is located in a region loaded with energy-hungry data centers, Mark Smith said, its costs are high.

Back in 2020, Agnews notified the grid operator it would shut down for lack of a power contract. That November, CAISO deemed it was needed for local reliability unless a resource adequacy agreement was reached, keeping the plant online another year.

Meanwhile federal and regional regulators say in a new report the owners of electric and natural gas infrastructure in Texas and the Midwest must finally winterize their systems to avoid a repeat of the massive outage last February during an extreme cold spell.

“We can’t allow” a repeat of winter outages 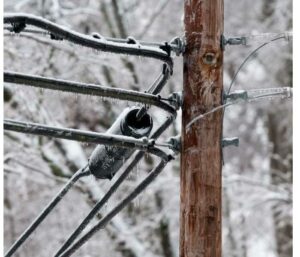 “We can’t allow this to happen again,“ Federal Energy Regulatory Commission Chair Rich Glick said Sept.23. He pointed to a similar inquiry after Texas suffered extreme cold weather in 2011, saying FERC will not allow its latest recommendations to be ignored or watered down.

Glick added, “We must think about reliability differently” because of the recent extreme freeze and heat, as well because of wildfires and hurricanes.

For Commissioner Mark Christie, the crux of last February’s failure was the lack of resource adequacy in Texas. He warned that in an energy-only market, no one has an obligation to serve. “It was an accident waiting to happen and it did” because of resource adequacy shortcomings.

An energy-only market does not include capacity payments so the only way to attract new supplies is by high prices when resources are stretched thin. Texas’ grid is independent and not under FERC’s authority.

Many people froze to death and died of carbon monoxide poisoning during the February freeze. Some 61,800 MW of electricity disappeared and 1,045 generating units experienced more than 4,000 outages, derates or failures to start in Texas, Oklahoma, and Louisiana, according to the report by FERC and the North American Electric Reliability Corporation.  Of the impacted facilities, 57% were natural gas-fired units.

The preliminary FERC-NERC report recommends that mandatory reliability standards be improved, generation owners identify critical components susceptible to freezing weather, corrective action plans for generator owners be developed, and the system operator be aware of the operating limitations in the generating fleet.